Following hot on the tail of Issue #9, Issue #10 is now uploaded and ready to download for backers of the kickstarter from earlier this year. Currently working on Issue 11, the series of comics will be tied up at the end of the year as a total of 12. I hope everybody is enjoying the illustrations and being part of the Dinki project. 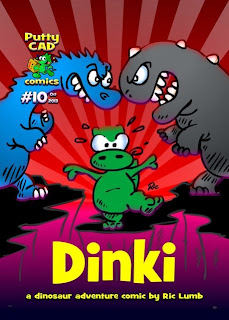 http://www.kickstarter.com/projects/puttycad/dinki/posts
at November 19, 2013 No comments: Links to this post 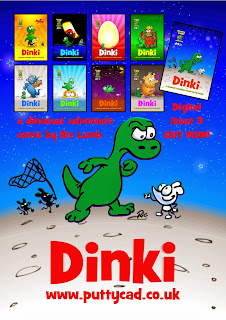 Final preparations are underway to launch the Zombie Piranha kickstarter. The game by Appy Times Software Ltd and Putty CAD is nearly completed but we need to secure funding for the final push so we can spend time updating the graphics, building more levels, getting the game onto as many systems as possible, and marketing. The game will be initially published on Android and then on ios, windows 8 and other systems depending on level of funding reached. We will be starting our goals for android and offering other systems as stretch goals to allow us to test each system thoroughly before release.

Rewards will start at just ONE British Pound which will get your name as a supporter on a digital poster featuring all the game characters which will be free to download. Rewards also include the game itself, beta access, in-game credits and even a chance to have your face on one of the in-game characters!

All will be revealed at launch but please help us to spread the word about our upcoming game and follow us on social media. Remember to tell your chums too!

Please bookmark the sites below to keep up with things! 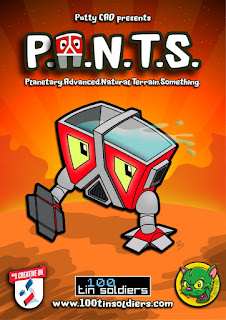