On the 1st January I decided to start doodling a picture story by adding a single panel every day on twitter. It's now almost May and I've got around 120 panels drawn and am putting them together in little comics. I took the idea to kickstarter and have raised money to get the first couple of comics printed (4 days left if anybody wants to check it out before it ends). http://www.kickstarter.com/projects/puttycad/dinki

I was considering getting the comics printed anyway to take to comic fairs etc. but using crowd funding takes out some of the financial risk involved.

The fact that I'm only adding one panel a day means I never get bored with the project and don't give myself any excuses not to do it. I have no idea what each day will bring and there are no rules so I can introduce new characters and other elements whenever I feel like it, I didn't want the cartoons to have too much filler panels and concentrate on the action. It's a bit like Tom and Jerry but with dinosaurs and scary beasties (and monkeys, don't forget the monkeys!).

When the 12 planned comics are finished (1 per month of 2013) I'll probably concentrate on individual Dinki story books and other spin off projects, animation, games, toys.

I don't know if this will inspire anyone to try their own comic kickstarters or daily doodle stories, but it's a lot of fun if you do!

App Icons for your mobile games and apps.

I'm currently working on some App icons and have decided to run a special promotion to other game devs big or small.

For just £40 GBP I will do a cartoon app icon based on your game or app. If you would like to take me up on the offer please email information about the app including images if possible to info@puttycad.co.uk

To keep costs down and make the process as simple and quick as possible please pay using this site via paypal. Priority will be given on a first ordered first served basis.

Step 1 - I will take the information you provide and sketch up a few ideas for you to look at. You can then choose the one you like best and/or request any changes.

Step 2 - The chosen sketch will be worked up based on your requests to give a clearer idea of the final image and sent to you for approval.

Step 3 - A full colour image will be created at 512x512 pixels, this will then be output as icons at all the required sizes for Android and iOS applications. This will be zipped up and emailed to you.

If you have any queries please contact me on the email address above.

Whoohoo we've made it to the 50% funded mark!
A Massive thanks to all the backers so far! If we carry on like this we will smash the target!

Kickstarter Launched for my Dinki Comics! 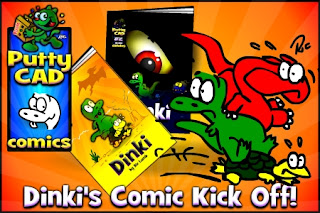 Please visit my kickstarter, I'm trying to raise funds to get my daily Dinki picture story printed as a comic book! Great rewards for backers including original art, paintings and the first two comics! Also all backers will recieve a subscription to digital copies of all 12 comics as they are released through 2013. 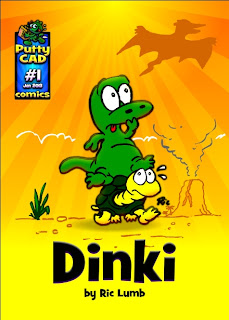 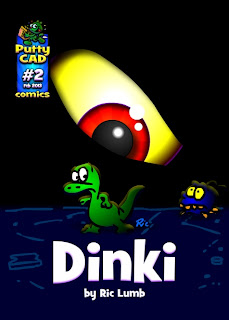 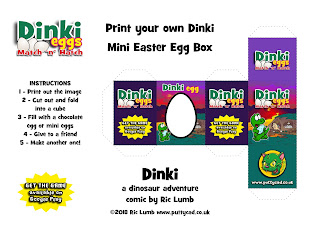